12 Amazing Facts About BMW Fans Should Know About 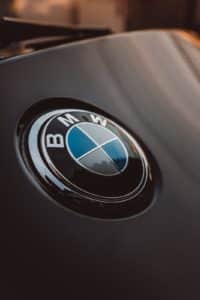 BMW has impressed car enthusiasts with its range of luxurious, high-performance vehicles that deliver sheer driving pleasure. Here are 12 little-known facts about the brand which give us snapshots of its remarkable history.

Some of their best engines, the BMW 132 and 801, were produced during the Second World War.

Manfred von Richthofen, considered as the greatest fighter pilot in German history, praised these engines for their fuel efficiency and exceptional performance in high altitudes. A BMW engine-powered biplane could soar up to 32,000 feet, which was an impressive feat back in 1919.

2. The Treaty of Versailles led BMW into making cars.

The Treaty of Versailles prohibited Germany from manufacturing warplanes and warplane engines post World War I. The brand diversified by making cars, the first one being the Dixi 3/15.

3. BMW became a kitchen fixture, too.

To sustain the business after World War II, BMW diversified and manufactured pots and pans.

4. BMW had the distinction of building the world’s fastest motorcycle in 1937.

The motorcycle could speed up to over 170 miles per hour, which was unprecedented during that time.

Powered by a flat-twin, double-overhead-camshaft engine, the BMW Rennsport has won the World Sidecar Championships in 1954 and 19 other world titles until 1974.

BMW motorcycle racers have been known for pushing the limits of the sport. Racers would lean so far out of their cycles while they raced that it was said that their faces almost scraped against the asphalt.

These were the inline six-cylinder engine and the iconic kidney-shaped grille. A car sporting both features was developed a few years later: the BMW 328 Roadster.

7. Ahead of its time, the limited edition BMW Z1 was mostly built by hand.

If you’re a BMW car collector who wants only the best maintenance service for your prized ride, GPO Tuning is the premier European car tuning specialist in Nashville. It offers quality BMW service ranging from repairs to maintenance and advanced performance tuning. Its team of ASE-certified technicians has over 100 years of combined experience.

Named after German aerodynamics pioneer Wunibald Kamm, the legendary race car was hidden to protect it from the Allied aerial assault during World War II. It was later acquired by BMW racing director Ernst Loof who later sent it to a junkyard after an accident. It was recreated from scratch in 2010.

According to the BMW Group, it sold 2,520,307 BMW, Rolls Royce, and MINI vehicles to customers worldwide, legitimizing its claim as the world’s leading premium car company.

You’ve probably spotted a BMW in The World is Not Enough, Goldeneye, and Tomorrow Never Dies. BMWs were the first non-British cars ever driven by Agent 007.

And not just any Italian. Giorgetto Giugiaro was named Car Designer of the Century in 1999 (his DeLorean was made memorable by the Back to the Future movie franchise). He also designed iconic products such as the Nikon D4 camera, Seiko Speedmaster watch, and Beretta Neos handgun.